"I started photographing my domestic world and writing not just about what I had made,
but why I made it, examining the thoughts that accompany creativity and the act of making."
Jane Brocket from The Gentle Art of Domesticity p. 189 UK edition 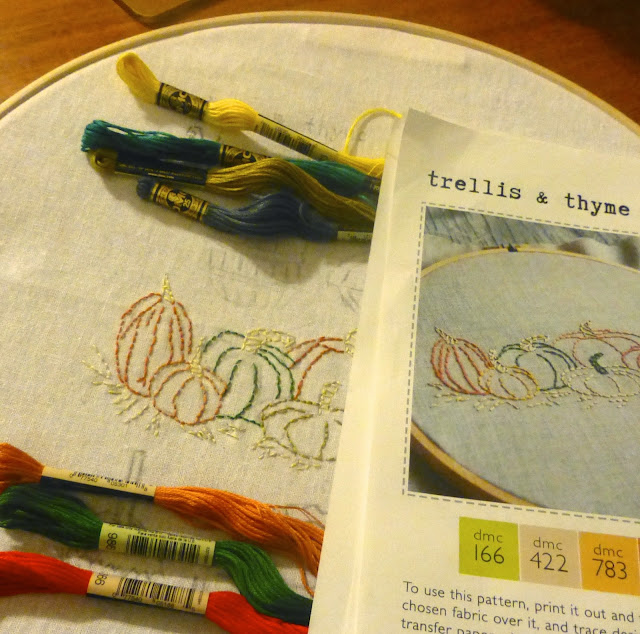 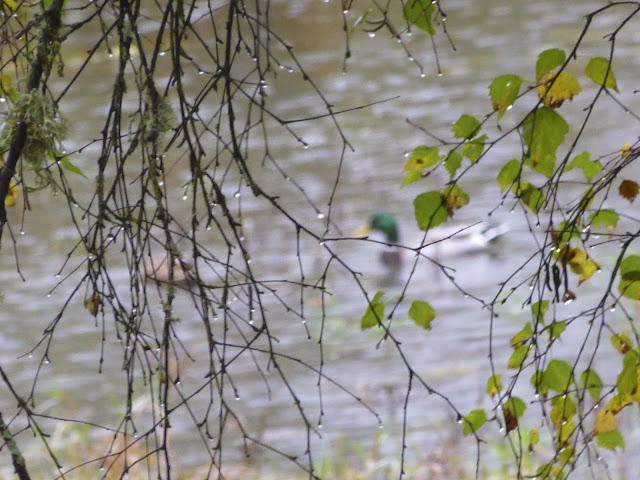 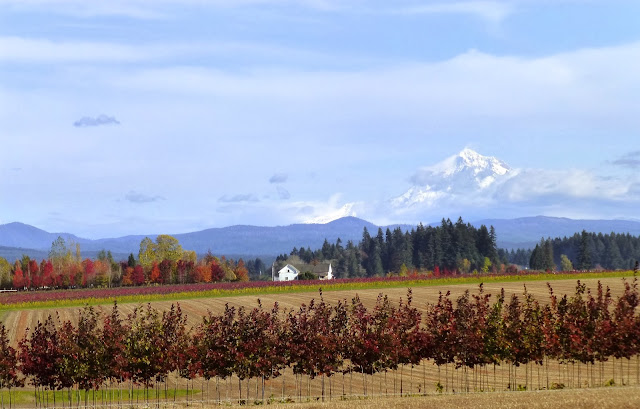 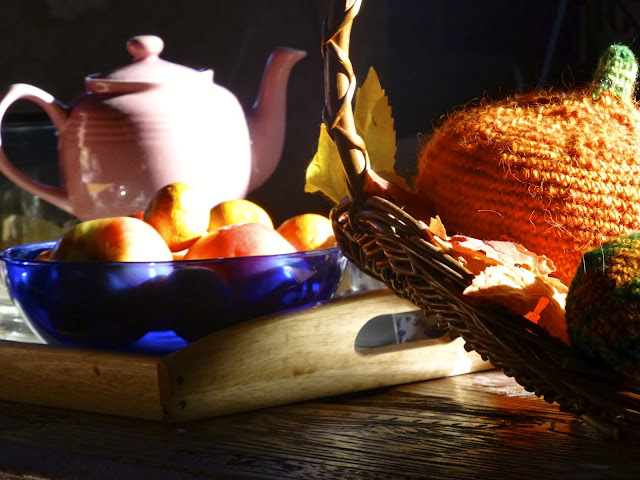 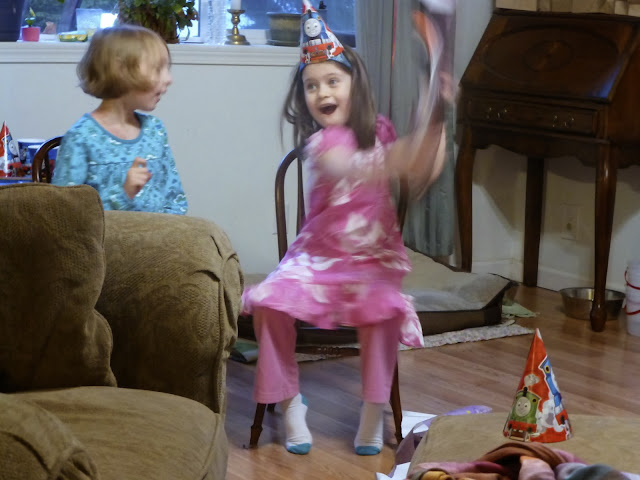 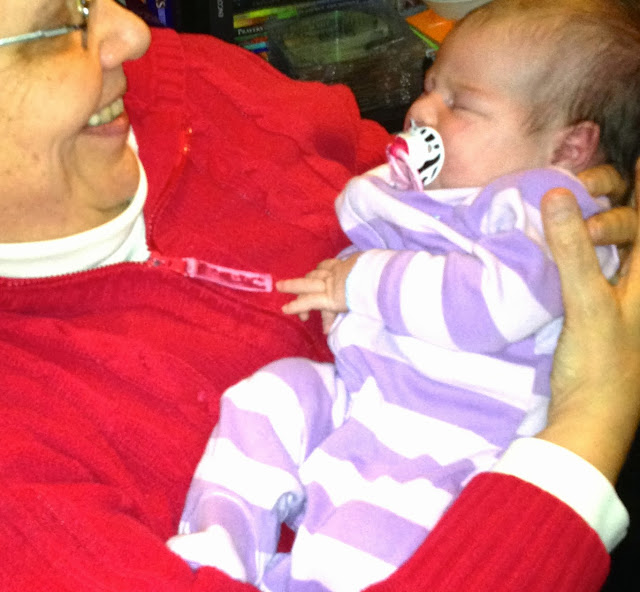 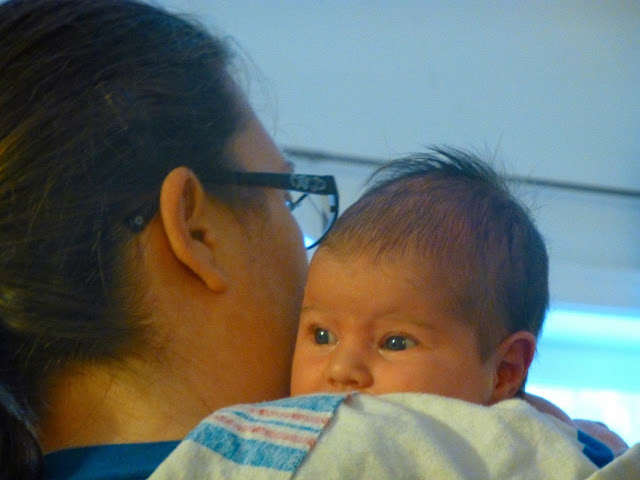 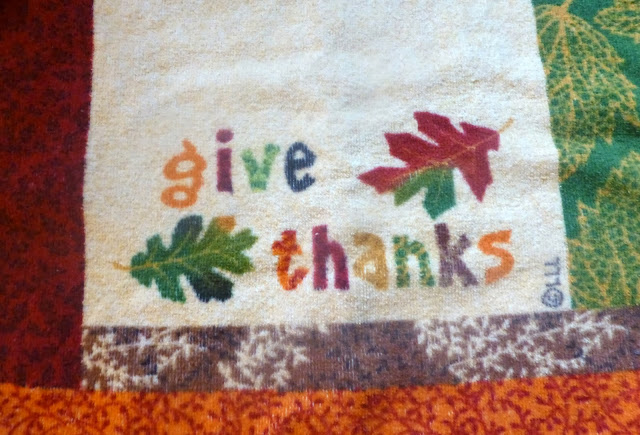 It seems that I have hardly had any time for stitching, but I have enjoyed starting a Harvest Festival embroidery project I purchased from Sosae's Trellis & Thyme shop and I want to snatch up all her designs and stitch them!  So far I have just started the Harvest Festival.  I am hoping that I will have more focused time for crafting in the weeks ahead.  My youngest Grand, Rose, was born nearly three weeks ago!!!  While our household is still absorbed in the wonder of her being, soooo much is going on here and in the world around us. Last Thursday was my oldest granddaughter's 6th birthday. Friday was my youngest daughter's 30th birthday, and Saturday was my youngest daughter and son-in-law's first wedding anniversary.

Although we are doing a lot of celebrating, we are also sharing a feverish cough/cold misery, except for Baby Rose.  Two family friends are visiting for two weeks, and another couple of loved ones in need of emergency housing are in the process of moving in.  I have been co-facilitating a women's group at church on Thursday mornings, which is fun and challenging and time absorbing as well.

We are in our rainy season with many gray days, so it is a special treat when Mt. Hood peeks out from the clouds.  Mr. and Mrs. Mallard are visiting our ponds.  There are still some red and gold leaves on the trees around us, but more and more branches are barren, and the temperature is increasingly crisper.

In light of the typhoon that struck the Philippines last weekend, the random shootings, wars, and remembrances for those who died defending freedom, my personal trials are of little consequence.  In fact this point became glaringly clear to me this week.  I was able to find some great clothing bargains for gifts.  As I was unpacking what I purchased, I managed to dump a cup of chocolate almond milk into the bag!!!

I had also purchased a seasonal kitchen towel, and proceeded to use it to mop up the mess.  As I raced to get the clothing to the sink to wash the chocolate milk out before it set in permanent stains, I felt a lump in my throat and tears in my eyes.  I was so disgusted with myself.

Thankfully, though, the chocolate milk did not stain the clothes.  I had to take off all the tags so I hoped everything I bought fit properly and did not need to be returned, and it did and it didn't :) When my granddaughter has been given clothes as gifts she has sometimes been told she could not wear the items until they were  washed.  When she opened my birthday gift to her she asked me "Does it need to be washed before I can wear it?"  I told her it was already washed.  I felt both guilty and grateful when she thanked me for washing her new clothes so that she could wear them right away!

As I had mopped up the mess I had made I was using a towel that proclaimed, "Give thanks!"  At that moment I did not feel the least bit thankful.  But the message on the towel reminded me of Paul's directive, "In everything give thanks, for this is the will of God in Christ Jesus concerning you."  I understand that to mean that my relationship with the Lord is to be such that I have reason to be thankful always because He is with me always, through all my circumstances...even when my circumstances are not to my liking!

Some of the blogs I read and the folks that I follow on Facebook are listing things they are thankful for every day during the month of November.  I haven't been so disciplined, but I appreciate reading their reasons for being thankful, because it inspires me to develop an atitude of gratitude as well :) Then maybe next time I won't be tempted to ignore the old adage, "Don't cry over spilt milk!"

Have you cried over spilt milk lately?

Thank you for visiting me today! I welcome your comments!

Newer Post Older Post Home
Subscribe to: Post Comments (Atom)
*AHOY* My name, Grace C. Saylor sounds like it describes a Gray Sea Sailor. I do love the ocean, but the crafts that I want to set sail in this blog have less to do with floating on water and more to do with feeling and shaping fiber, faith, and words, and watercolors. I welcome your comments!

Sites Viewed from My Crows Nest